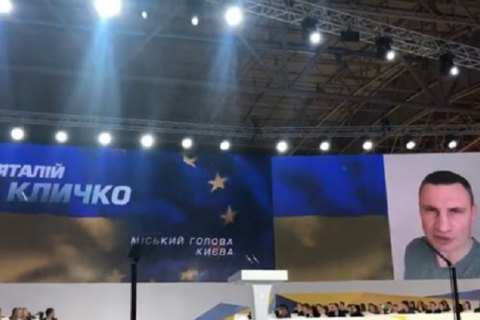 He said this in a video address shown at the forum called "From Kruty to Brussels. We are going our way".

"I support the nomination of Petro Poroshenko as candidate for president of Ukraine, who promised to pass the law on the capital which would allow an opportunity to develop not only Kyiv but every city, town or village," he said.

Klitschko could not attend the forum because he is in an Austrian hospital after a reported exacerbation of an old back injury.