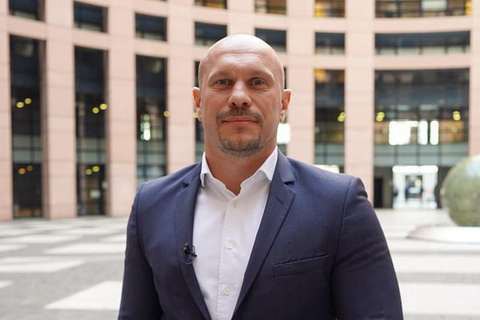 The Central Electoral Commission has registered Illya Kiva, who was nominated by the Socialist Party, as candidate for president in the 31 March election.

The Socialist Party of Ukraine is one of the oldest political forces in the country. Established by Oleksandr Moroz in 1991, the party was represented in parliament from 1991 to 2007. It went into oblivion after it formed a coalition with the Party of Regions in 2006. In 2012, Moroz stepped down as its leader.

Illya Kiva accepted an offer to head the party instead of Petro Ustenko in July 2017.

Illya Kiva was in charge of the National Police department for counteraction to drug crimes from October 2015 to May 2016.

Unlike other police officers, he has not been subjected to a vetting procedure. Under public pressure, Interior Minister Arsen Avakov promised to find him another job.

Before working for police, Kiva was indicted for accepting a bribe at the post of a deputy head of the department for consumer rights in Poltava Region. In August 2014, his sentence was quashed.