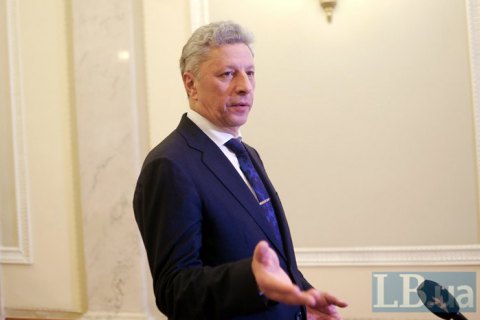 The Central Electoral Commission (CEC) has registered opposition MP Yuriy Boyko as candidate for president in the 31 March election. He is running as an independent candidate.

At the same meeting, the CEC denied registration to Petro Rekalo and Yuriy Boyarskyy who failed to deposit 2.5m hryvnyas required by law.

A long-time ally of ex-President Viktor Yanukovych, he ran for president in 2014. He finished 14th with 36,000 votes.

The same year he was elected to parliament on the list of the Opposition Bloc which he headed.

In late 2018, he struck a deal with Viktor Medvedchuk's pro-Russian For Life movement and was expelled from the Opposition Bloc.