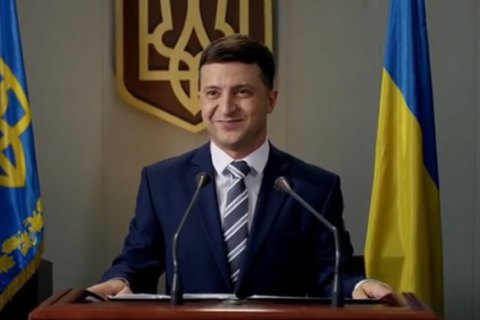 The little-known Servant of the People political party nominated popular comedian and actor Volodymyr Zelenskyy a candidate for president at its extraordinary conference on 21 January.

The conference authorised party leader Ivan Bakanov to sign the decision on Zelenskyy's nomination and submit his documents to the Central Electoral Commission.

With 9-10% of public support, Zelenskyy is among the frontrunners of the 31 March presidential election.

The comic announced his bid on One Plus One TV in the last minutes of 2018.