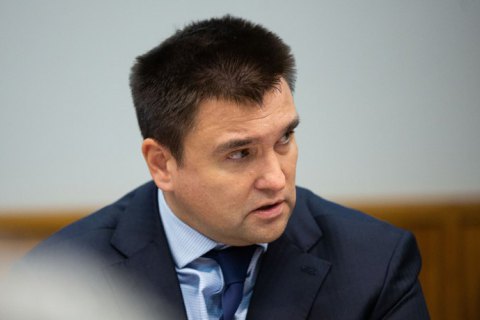 Ukraine is ready to take part in substantial talks in the Normandy Four format consisting of France, Germany, Russia and Ukraine, Ukrainian Foreign Minister Pavlo Klimkin has said at a joint news conference with his German counterpart Heiko Maas.

"We are ready to meet in the Normandy format but these must be goal-oriented meetings, these must be meetings focused on security in Donbas, safety and freedom of navigation in the Kerch Strait and the Sea of Azov, and, certainly, on the release of our political prisoners and hostages," Klimkin said.

He thanked Maas for raising the issue of the captive Ukrainian sailors with Russia.

"This issue will remain one of the key ones in discussions between our partners and the Russian side," he stressed.

On 12 December, advisers to the heads of state of the Normandy states met to discuss the situation in the Kerch Strait.

Germany and France offer mediation in the conflict between Ukraine and Russia with regard to access to the Sea of Azov through the Kerch Strait.