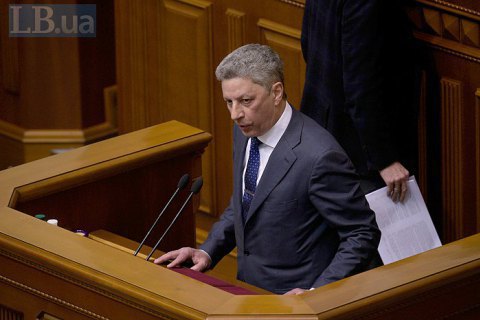 MP Yuriy Boyko has filed an application with the Central Electoral Commission to register as a candidate for president.

He told journalists he would be running as an independent candidate.

"There was no conference because the Opposition Platform-For Life political party has not been registered yet. It is a public movement but it supports me," he said.

Boyko was born in Horlivka in 1958 and studied in the Moscow Chemical Technological Institute.

In 2014, he was elected to parliament on the election list of the Opposition Bloc, which he headed.

In late 2018, after he formed an alliance with Viktor Medvedchuk's For Life political force, he was expelled from the Opposition Bloc.