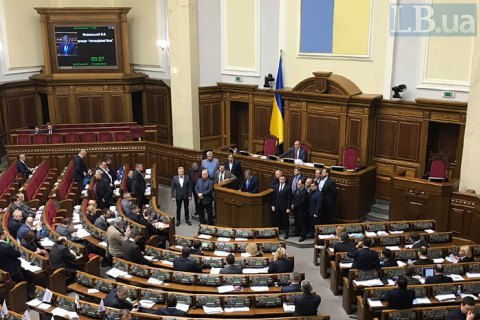 The Opposition Bloc, whose senior members are vocal supporters of the Ukrainian Orthodox Church of the Moscow Patriarchate, did not vote for the bill and left the session hall once it was passed.

The draft law amends the law on freedom of conscience and religious organizations, which says that religious communities are free to determine at their own discretion the manner in which new members are admitted and existing members are excluded.

UNIAN explained that the draft law stipulates that a decision to change subordination (denomination) and introduce relevant amendments or changes to the statute shall be approved by at least two-thirds of the authorized members of a religious community at a general meeting.

After the religious community decides to change its subordination, a moratorium on the alienation of its property is imposed until this procedure is legally completed.

The draft law provides that members of the community who disagree with the decision to change its subordination have the right to form a new community and conclude an agreement on the use of religious buildings and property with their owner (user).

The final provisions of the draft law say that if a religious organization decides to change its subordination, it should inform the relevant central or regional executive agencies in charge of religious affairs.