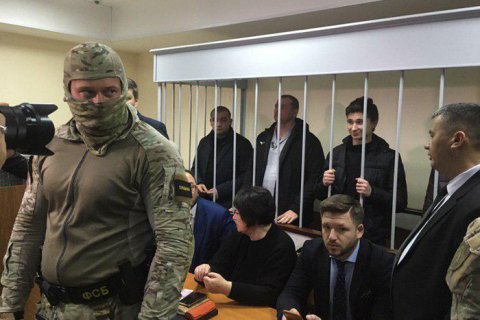 The head of Ukraine's Permanent Mission to the UN, Volodymyr Yelchenko, has sent a letter to UN Secretary-General Antonio Guterres in conection with the "illegal detention of the Lefortovo District Court of Moscow to prolong the pre-trial detention of 24 Ukrainian Servicemen taken as Prisoners of War by the Russian Federation" near the Kerch Strait on 25 November 2018.

The Ukrainian Foreign Ministry's statement attached to the letter says: "The trial of these Ukrainian servicemen runs counter to international humanitarian law. The closed-door court hearing today is clear evidence that the Kremlin is fully complicit in this sham trial."

It also calls on the international community "to condemn Russia's actions and to consolidate pressure on Moscow that will lead to the release of all 24 prisoners of war".