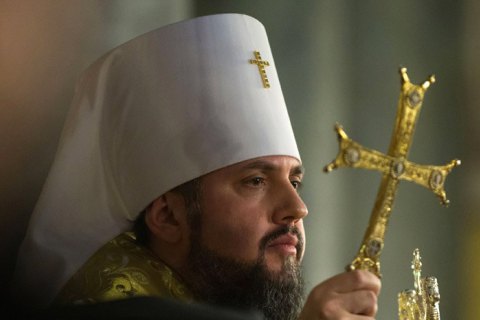 The leader of the Orthodox Church of Ukraine, Metropolitan of Kyiv and All Ukraine Epifaniy has said that he will be enthroned on 3 February.

He said this at the presentation of a book written by the head of the Ukrainian Greek Catholic Church, Svyatoslav Shevchuk, according to Ukrinform.

"Today I would like to officially announce that the enthronement will take place on 3 February," Epifaniy said.

He invited Svyatoslav Shevchuk to attend it, adding that the Orthodox Church of Ukraine and the Ukrainian Greek Catholic Church should further develop their cooperation.

The press service of the Orthodox Church of Ukraine confirmed the date.