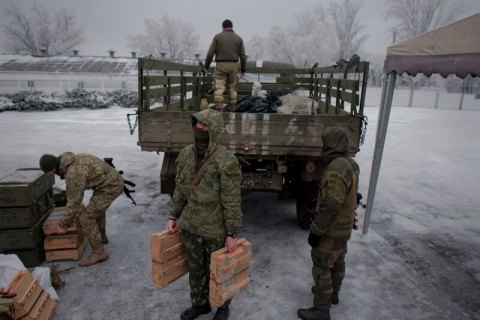 Five Ukrainian servicemen were wounded and five other sustained barotraumas when pro-Russian militants fired on Troyitske, the press service of the Joint Forces Operation (JFO) HQ has said on Facebook.

"During a criminal attack with an anti-tank guided missile launcher in the direction of Kalynove carried out by pro-Russian occupying forces against the positions of the 72nd detached mechanized brigade located on the eastern outskirts of the population centre of Troyitske, a lorry was damaged, as a result of which five servicemen were wounded and five others were traumatized (barotraumas). They received professional medical help and were evacuated to hospitals. Their lives are not at risk," the JFO HQ said.