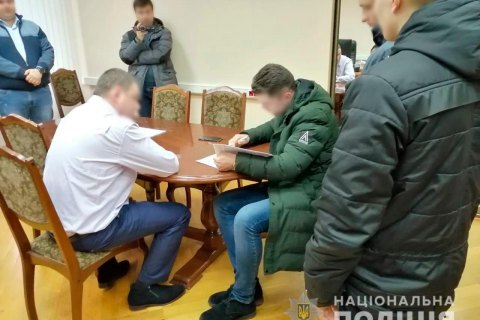 The deputy head of one of the regional territorial offices of the State Judicial Administration (SJA) has been detained accepting a bribe of almost 250,000 hryvnyas (about 8,920 dollars).

The police press service said that he had been demanding the bribe from a contractor for signing the paperwork and making a timely payment since mid-September 2018.

He was detained accepting 100,000 hryvnyas of the bribe.

The press service of the Prosecutor-General's Office said he worked for the Poltava regional office of the SJA.