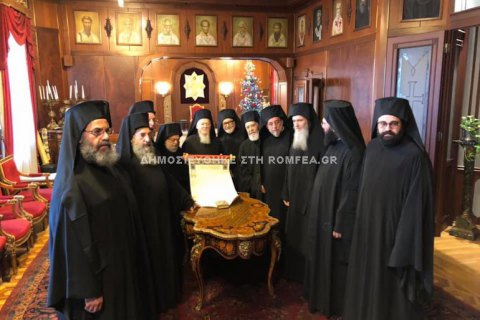 All members of the Synod of the Ecumenical Patriarchate signed the Tomos of autocephaly to the newly-established Orthodox Church of Ukraine in Istanbul on 9 January, according to the Greek website Romfea.

Ecumenical Patriarch Bartholomew signed the document back on 5 January and handed it over to Metropolitan of Kyiv and All Ukraine Epifaniy.

The Tomos was put for public view in Kyiv's St Sophia cathedral on 7 January. It was then taken to Istanbul for signing by other members of the Synod.