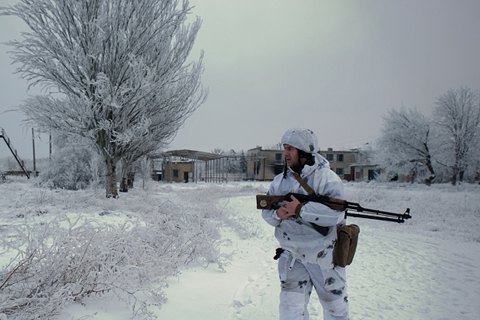 One Ukrainian serviceman was killed and two wounded amid five attacks by pro-Russian militants between midnight and 6 p.m., the press service of the Joint Forces Operation HQ has said.

Near Novomykhaylivka, militants fired with heavy machine guns and small arms. Near Pavlopil, they used grenade launchers. The Ukrainian army's positions near Starohnativka, Chermalyk and Hladosove came under fire.

The attacks by pro-Russian militants continue, albeit at a lower scale, continue despite the Christmas ceasefire declared since 29 December.