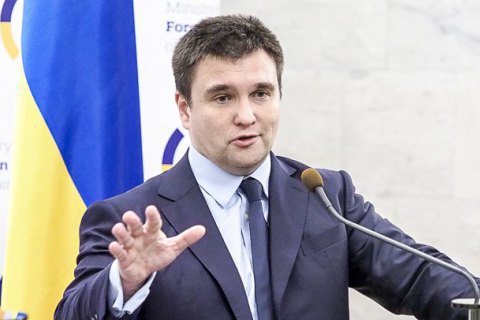 Trilateral negotiations involving the EU, Ukraine and Russia on gas transit across Ukraine after 2019 will continue in May, representatives of the Ukrainian delegation have said.

The negotiations lasted for 40 minutes instead of the planned three hours.

"Gazprom board chairman Aleksey Miller said three times that they were ready to prolong the existing contracts, these contracts are probably good for them. He said that these contracts can be extended without any export consultations," he said.

The board chairman of the Ukrainian national oil and gas company Naftogaz Ukrayiny, Andriy Kobolyev, said that Ukraine received an offer on the possible volume and terms of a gas transit contract after 2019.

"We are thankful for the offer which Mr Sefcovic's team made by the end of these negotiations. This is a certain starting point which we will certainly consider. We heard it for the first time, that is the first time we got it. I hope that in the coming two months we will have time to discuss it in Naftogaz and with our shareholders," he said.

Kobolyev added that Russia recognized that it should hold negotiations with Ukraine and is now looking for a way out after its dual loss in Stockholm.

"They have slightly changed their position: earlier, they talked about 'restoring the balance', now it is 'zero option at the corporate level'. In Naftogaz, we are always open to any options on condition that they match the previous Stockholm rulings and ensure that Russia fully delivers on its commitments under both lost cases," Ukrinform quoted him as saying.