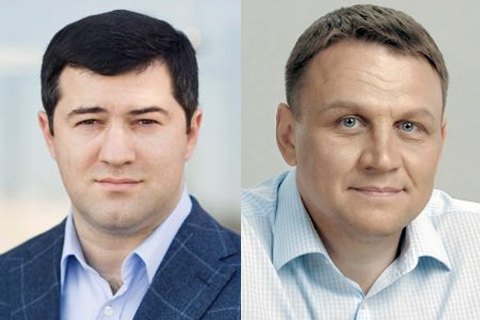 The Central Electoral Commission has registered two more presidential candidates. These are the former head of the State Fiscal Service, Roman Nasirov, and MP Oleksandr Shevchenko.

Applicant Volodymyr Vasylenko was denied registration after he deposited 25 instead 2.5m hryvnyas.

Nasirov is running as an independent candidate. He is suspected of abuse of authority and office and forgery.

Shevchenko was nominated by the UKROP party, which is believed to be associated with tycoon Ihor Kolomoyskyy.

He was elected to parliament on the list of the Petro Poroshenko Bloc in 2014 but left the propresidential faction a year later.