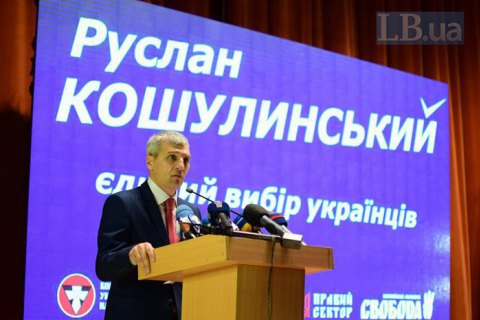 The all-Ukrainian movement Freedom has nominated a former deputy speaker of the Ukrainian parliament, Ruslan Koshulynskyy, for president.

Back in November 2018, Andriy Biletskyy's National Corps said it would not support Koshulynskyy because the decision to nominate him was taken behind closed doors and without a wide discussion.

In 2015, Koshulynskyy ran for Lviv mayor and made it to the runoff where he was defeated by incumbent mayor Andriy Sadovyy.