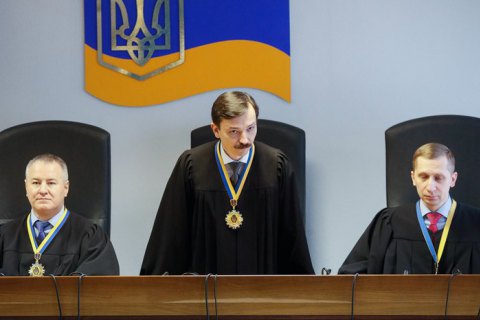 Kyiv's Obolonskyy district court has found the evidence against ex-President Viktor Yanukovych sufficient to find him guilty of high treason and complicity in waging an aggressive war.

"Despite the defendant's refusal to recognise his guilt, having heard the testimony of witnesses, examined expert conclusions, documents and material evidence, assessed the arguments of the prosecution and defence, the court has ruled that the defendant's guilt of committing crimes stipulated by Part 1, Article 111 (high treason), Part 5, Article 27 and Part 2, Article 437 (complicity in waging an aggressive war) of the Criminal Code of Ukraine has been proved by appropriate and admissible evidence," judge Maksym Titov said.

Yanukovych's lawyer said they did not agree with the court's ruling.

The court is yet to announce the sentence. The prosecution demanded a 15-year jail term for the fugitive ex-president hiding in Russia.