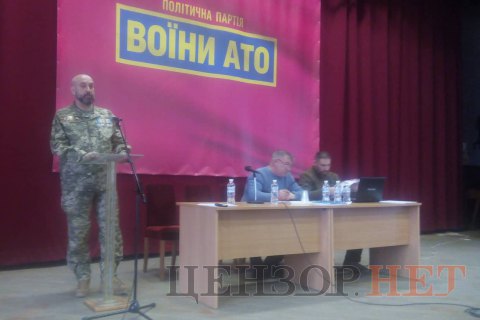 Col Serhiy Kryvonos is running for president on his own initiative and this has nothing to do with the Joint Forces Operation (JFO) or the Armed Forces of Ukraine, the JFO command has said on Facebook.

At the party conference, Kryvonos said that he is on leave for the period of the election campaign.