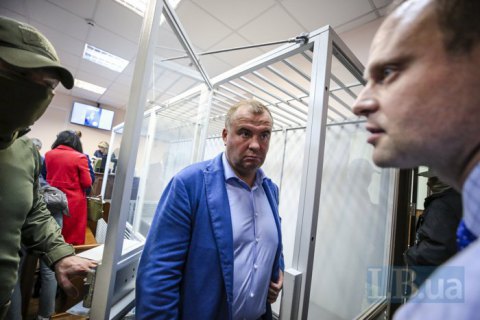 The family of the former first deputy secretary of the National Security and Defence Council, Oleh Hladkovskyy, has posted a bail of 10.6m hryvnyas for him, his lawyer Ruslan Volynets has told Ukrainian News.

He added that his client was in a remand centre while paperwork was being done.

Hladkovskyy was detained in Kyiv on 17 October shortly before his departure to Brussels where he says he was attend a car show.

He is suspected of abuse of office and failure to report earnings.