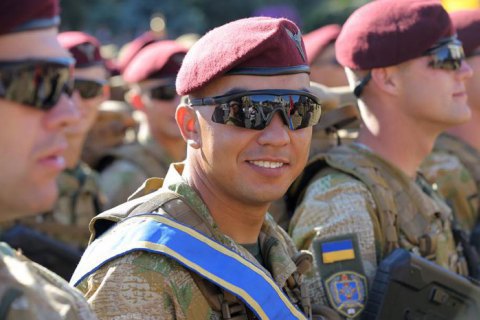 The Ukrainian parliament has passed a bill "On amending certain legislative acts of Ukraine on the performance of military duty and military service."

Bill No 0906 was backed by 278 MPs registered in the session hall, UNIAN has reported.

A deputy chairman of the parliamentary committee on national security, defence and intelligence, Mariana Bezuhla, said the bill was aimed at "improving Ukraine's legislation on military duty".

She said the bill introduces new military ranks for sergeant and petty officers of the Armed Forces of Ukraine, consistent with NATO standards.

According to Bezuhla, the bill increases the role of sergeant and petty officers in the training and education of subordinate personnel, as well as in carrying out their tasks as intended.

She said that the bill creates additional motivational factors for citizens of Ukraine to enter contract military service, contributing to the transition of the Armed Forces to a professional basis.