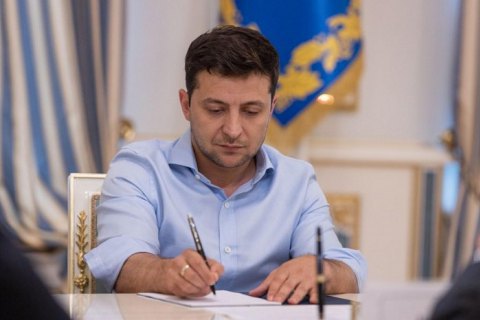 President Volodymyr Zelenskyy has signed the bill into law on support for foreign filmmakers, according to his website.

The implementation of the law is expected to promote Ukraine's image abroad, give better publicity to Ukrainian authors and their works in the world, facilitate cooperation and creation of joint film projects with leading Western producers.

"The document, in particular, provides for the provision of a state subsidy for a 25% rebate to foreign filmmakers on the cost of film production in Ukraine. In addition, foreign filmmakers can be refunded for another 5% of the costs if their films are based on the works of Ukrainian authors or a plot about Ukraine, in particular about armed aggression against our country," the president's website reads.