On the eve of the 80th anniversary of the Babyn Yar tragedy the Book of the Righteous Among the Nations in Ukraine will be published, which the Jewish Confederation of Ukraine and Israeli Yad Vashem Memorial Complex of the Holocaust history are preparing together. This has been shared by the JCU President Boris Lozhkin on Facebook. 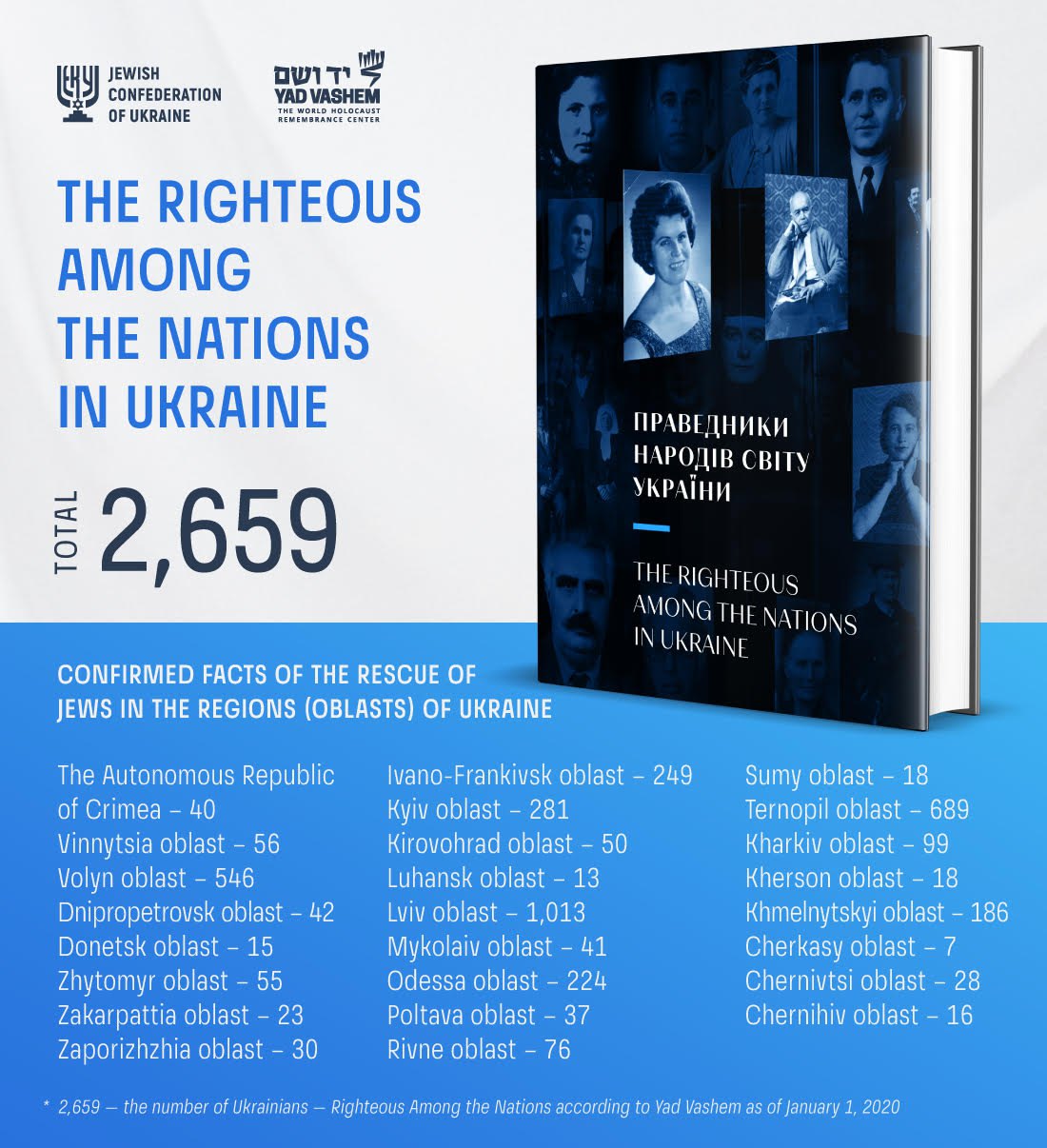 Photo: The Jewish Confederation of Ukraine

He says that according to the latest data of Yad Vashem, there are 2,659 Righteous Among the Nations in Ukraine today, officially recognized by the special commission of Yad Vashem, headed by a representative of the Supreme Court of Israel. Ukraine ranks fourth in the world in terms of the number of the Righteous.

“However, there are two important factors to consider,” clarifies the JCU President. “First, the set of criteria for conferring the title of the Righteous is very strict. Second, the main stage in establishing the facts of salvation fell on the Soviet period of the Ukrainian history, when anti-Semitism on the state level was especially strong. Therefore, many salvation stories have stayed undocumented.”

“The title of the Righteous Among the Nations started to be applied to the saviors of the Jews only since 1953, when the Law on the establishment of Yad Vashem was adopted in Israel,” reminds the JCU President, “and since 1963, on behalf of the State of Israel and the Jewish people, the Yad Vashem Memorial began to award this title to those non-Jewish saviors whose heroic deed could be confirmed by documents, by testimony of the rescued or their relatives.”

There were many such Righteous who sheltered Jews in Kyiv during the Babyn Yar massacre.

“The Book of the Ukrainian Righteous, which will be published on the eve of the 80th anniversary of the mass shootings in Babyn Yar, which has become a tragic symbol of the Eastern European Holocaust Ukraine, is dedicated to those saviors of Jews,” writes Lozhkin.

We can recall that the JCU President Boris Lozhkin has recently reminded of the necessity to adopt an internationally recognized IHRA definition of anti-Semitism by Ukraine.