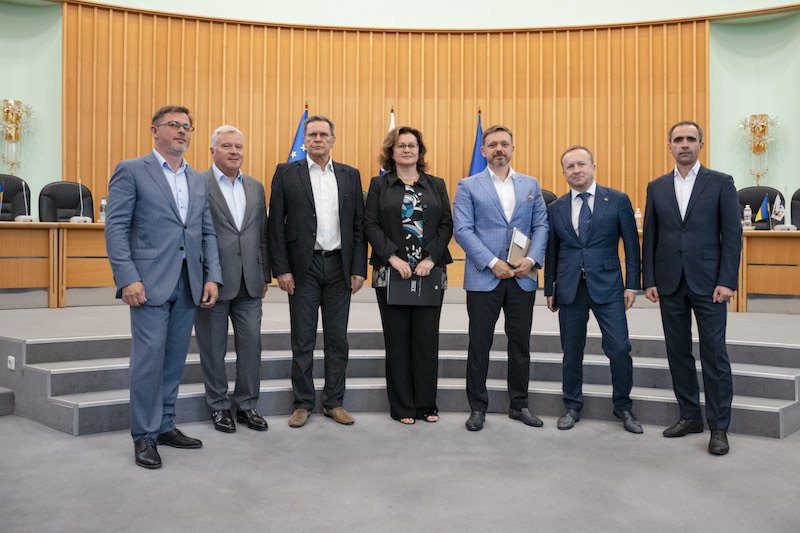 The state-owned Ukreximbank acted as an arranging bank with a share of 45% of the total amount of the project of consortium lending to the State Agency of Motor Roads of Ukraine. The amount of the loan, which is provided with collateral in the form of state guarantees for a period of 5 years, reaches USD 376 million. The interest rate is 4.9% per annum. The purpose is to finance the construction, reconstruction, overhaul and maintenance of public roads of national importance according to the list approved by the Resolution of the Cabinet of Ministers of Ukraine No. 521 dated May 26, 2021.

"By implementing such a lending instrument, we have set a precedent in the financial market of Ukraine. Until now, there has been no possibility of attracting such large amounts from Ukrainian banks, mostly the amounts of lending rarely exceeded USD 50-70 million and only in terms of large systemically important banks. Today, with this agreement, we gave a clear signal to the market that through the consortium mechanism it is possible to attract funds required for the implementation of large investment projects, the banking system is ready for this. This is confirmed by the willingness of our colleagues from both state and commercial banks to join the consortium. As a result, it became possible to provide for the state agency a lending rate at a level even lower than the rates of international financial institutions.

According to its strategy, Ukreximbank focuses on large projects, which require a significant amount of financing, including consortium lending. For this purpose, a separate department has been established in the Bank, which specializes in such types of complex structured transactions. Our specialists have developed a contractual framework and agreed with other participating banks the final versions of contracts, approved by the Ministry of Finance of Ukraine. In the future, we plan to develop this mechanism in other areas of financial services, in particular, post-export and post-import financing, to provide credit support to other large infrastructure projects of the state. We are talking not only about the Large Construction Program, but also about the reconstruction of airports, seaports, aviation and space industries, etc.", - said Ievgen Metsger, Chairman of the Management Board of “Ukreximbank”.

The prerequisites for the implementation of the project were the appeal of the Ministry of Infrastructure of Ukraine for the consulting expertise of Ukreximbank and the continuation of the Bank’s financing of the Large Construction Program. During the discussion of ways to attract funds, it was emphasized that no Ukrainian bank can independently provide such a significant amount of funds on its own, because the amount exceeds regulatory requirements of banks. Therefore, Ukravtodor needs to apply to several banks for financing, which in turn does not guarantee the possibility of attracting the required amount in the shortest possible term and creates a large burden on the financial and economic service of the Agency. That is why Ukreximbank offered a unique consortium lending mechanism on the market.

As an arranger of the transaction, Ukreximbank takes measures to attract the required amount of financing in the banking market of Ukraine on the terms agreed by the borrower and satisfactory to it. The state-owned bank held negotiations with potential participants, structured the loan agreement, organized the entire process of collecting and preparing documents for signing. Thus, the client does not waste time searching for funding, negotiating the terms and conditions, discussing the structure of the transaction, etc. Instead, the borrower receives unified conditions from all partner banks and continues to interact exclusively with the arranging bank. It significantly minimizes the burden on the administration and management of the loan project. At the same time, the partner banks receive a ready-made structure of the loan project and a full set of documents, which is necessary for consideration and decision-making by deliberative bodies. The arranging bank represents the interests of all participating banks in further support of the project and conducts all the necessary communication with the client.