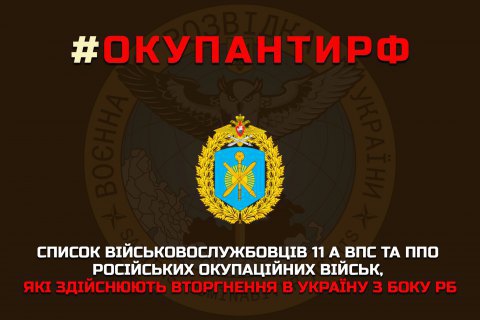 The Chief Directorate of Intelligence of the Ministry of Defense has published a list of military personnel of two units of the Operational Command of the Russian air and space forces, particularly 11 A Air Force and Air Defense Forces, which are invading Ukraine from Belarus.

"You came to our land to conduct a special operation on demilitarization? The truth is that you are killing civilians! We will show you what the real demilitarization is, by destroying you one after another!" the intelligence officer promised.

It was earlier reported that the Chief Directorate of Intelligence published the list of the Russian pilots who are carrying out air raids on the Ukrainian cities.