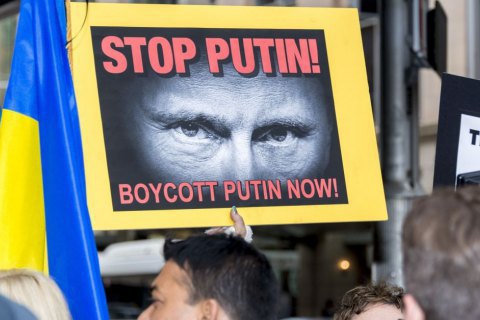 Major companies and global brands are pulling out their susiness from Russia due to Kremlin aggression towards Ukrainian people. Puma, Adobe, Payoneer, and IBM suspended their operations in the country-aggressor on 5 March 2022.

Leaving Russia’s market by IT company Adobe was announced by the Minister of Culture and Information Policy Oleksandr Tkachenko on his Twitter.

"Adobe ceases all new sales in Russia. I am grateful that the request of the Ministry received a response so quickly", says the message.

Adobe is a multinational graphics software company. The most famous products of the IT company are Adobe Reader and Adobe Photoshop.

Payoneer is a payment system that provides financial services and money transfers. And IBM is a major computer manufacturing and software company.

Sports brand Puma also terminates operations in Russia. LB.ua with reference to the company's Twitter informs that the German brand announced stopping supply to Russia, closing down its shops in Russia and suspend its cooperation with the Russian Basketball Association.

Since a full-scale aggression against Ukraine, more than one hundred global companies and brands have exited Russia so far. The Spanish fashion retailer Inditex, which owns Zara, ceased sales in Russia, including online sales, and closed down 502 shops.

We would like to remind that on 24 February 2022 when Russia launched a full-scale aggression towards Ukraine, the US President Joseph Biden said that the US was going to impose sanctions on Russia, in particular, ban on exports of high-tech products to Russia. The world’s biggest computer processor manufacturers Intel, AMD, and TSMC halt shipments to Russia due to US sanctions.