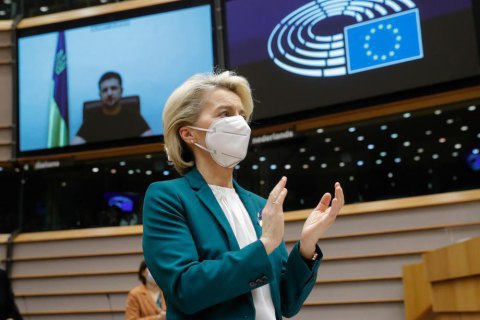 The European Commission approved the decision to allocate 500 million euros to help refugees from Ukraine. President of Ukraine Volodymyr Zelenskyy announced this on his Twitter.

The President also thanked Ursula von der Leyen, the President of the European Commission, for helping Ukrainians obtain legal status in the EU. He noted that asylum-seekers from Ukraine will have the right to live in the EU for a year.

It will be recalled that President Volodymyr Zelenskyy addressed the Ukrainians and stated that we had all withstood the military attack of the Russian Federation. The enemy continues to bomb our cities and destroy infrastructure. But all Ukrainians together will rebuild their country.