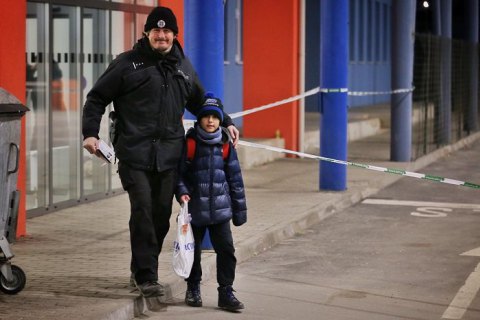 The Ministry of Internal Affairs for the Slovak Republic has announced an 11-year-old Ukrainian boy arrived on the Ukrainian-Slovak border on his own on the evening of 5 March.

This was reported by the press service of the Ministry.

This is the hero of the night. An 11-year-old boy from Zaporizhia crossed the border into Slovakia with a plastic bag, a passport, and a phone number written on his hand. He came alone because his parents had to stay in Ukraine.

Volunteers willingly took care of him, took him to a warm place, and provided food and drinks.

"He captivated everyone with his smile, fearlessness, and determination, worthy of a real hero. Thanks to the number on his hand and a note in his passport, the boy was able to contact loved ones who came to fetch him. The whole story ended well," the statement said.

Since the beginning of the Russian invasion in Ukraine, 38 children have been killed and 71 injured.