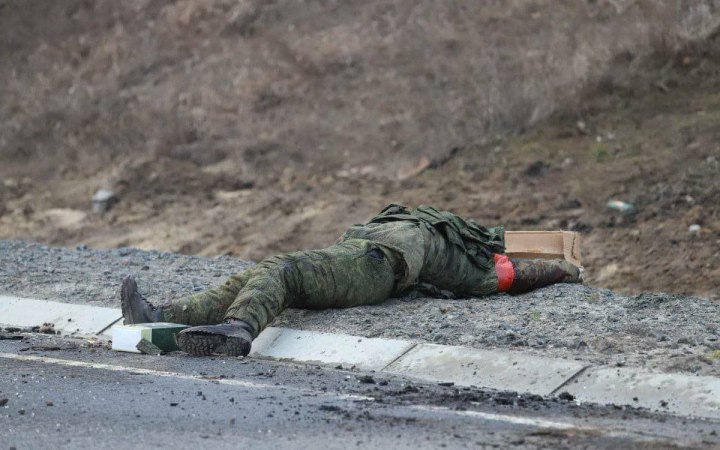 The General Staff of the Armed Forces of Ukraine has published the current information for 18:00, 21 March.

According to the command, the occupants have a great need to fix their damaged matériel and weaponry. The work of the enterprises, owned by the corporation “Uralzavod” and Chelyabinsk tractor plant, has stopped because the foreign components are not being delivered.

“The mentioned enterprises specialize in manufacturing and repairing tanks, as well as other armoured vehicles for the needs of the armed forces of the Russian federation,” notified in General Staff.

Also, cases of deserting are being recorded within the occupant forces. Besides the great losses during the combat actions, a high death rate among the badly wounded occupants can be observed.

In Havroyshchyna village, Kyiv area, a group [of occupants - tr.] stole the residents’ cars, dressed in stolen civilian clothes, and departed in the direction of the Belarus border.

In some settlements of Zaporizhzhia Oblast, which are temporarily occupied by the aggressor, the Russian armies are performing a hidden preparation to conduct elections of pro-Russian administration.

In Berdiansk port, Russians have amassed a column of white tented trucks KamAZ to organize the so-called “Russian humanitarian convoys”.

“Similar trucks have been used for the concealed transporting of ammunition in the temporarily occupied territories of Donetsk and Luhansk Oblasts. This could point out the occupants’ intentions to organize similar “humanitarian convoys” to Zaporizhzhia Oblast,” stated in the General Staff of UAF.

In Zaporizhzhia Oblast, the occupants have deployed a repairing station for the armoured matériel and tanks, where they have involved the equipment and personnel of the military enterprises of the Russian federation. Up to twenty units of armoured matériel are being restored, according to the Ukrainian military.

“In Nova Kakhovka, Kherson Oblast, the occupants are performing document checks at posts in order to reveal and capture local residents who have taken part in ATO/JFO,” says the report by the General Staff.

Earlier, the General Staff has shown where the Russian military have been hiding in an occupied Ukrainian village. UAF have published photos of the destroyed enemy matériel, and the kindergarten with the traces of Russian occupants’ stay.

The command has published a video of destruction of the occupant infantry in Mariupol, which has been performed by the Special National Guard Detachment “Azov”.