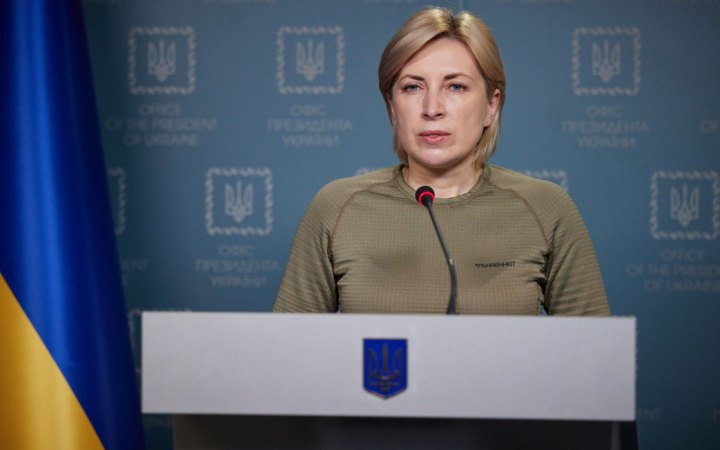 Iryna Vereshchuk, Deputy Prime Minister and Minister for Reintegration of the Temporarily Occupied Territories, provided status updates on the humanitarian corridors as of 21 March.

Iryna noted that Russian military forces continued to partially block the way for buses at checkpoints on the route from Mariupol.

She also said that the evacuation from Berdyansk and Mangush region, in particular, Melekine village and Nikolske village will take place tomorrow morning from 9am to 11am. Another 27 large coaches will also be provided from Zaporizhya.

Local administration is currently working to resolve a matter of additional fuel delivery to Berdyansk, aiming at refueling cars in Mariupol free of charge. Berdyansk is fully set-up to provide all necessary assistance with food, medical aid and places for rest.

More than 4,370 people were evacuated today from Velyka Dymerka village to Brovary - a large number of families with their private cars joined the evacuation buses.

380 people were evacuated along the route from Bucha and Vorzel, and humanitarian aid was delivered to those in need, including food, medicine and clothes.

There was no evacuation from Kozarovychi village to Vyshhorod – Russian soldiers continued the shelling and did not allow people to flee.

300 people were evacuated from Lysychansk, Severodonetsk and Horske to Bakhmut. In addition, more than 200 tons of humanitarian aid was delivered to these towns. The drivers and the ambulance crew who yesterday tried to deliver humanitarian aid to Vovchansk of the Kharkiv region were released today.

"These are really brave people who courageously perform their duty, same as all other bus drivers, truck drivers, Ukraine’s State Emergency Service rescuers, ambulance crews and police. They risk their lives and do their best to help people on a daily basis. I would like to express my sincere gratitude to you all!!! " - Vereshchuk said.