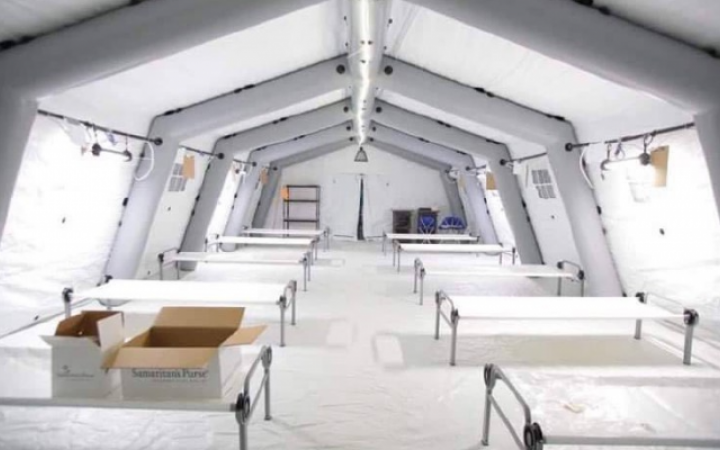 On 22 March, an Israeli field hospital will open in Mostyska. It will provide help to internally displaced people, residents of Mostyska and neighbouring communities. This was reported by the Head of the Lviv Region Military Administration, Maksym Kozytskyy.

The project is being implemented by the Israeli Ministry of Health and the Ministry of Foreign Affairs of Ukraine in cooperation with the Schusterman foundation focused on national and social projects in Israel and the JDC.

The field hospital will operate in specially equipped tents, where the Israeli doctors will conduct an initial examination. There will also be a separate isolator for patients infected with Covid.

"If surgery is needed, specialists from Israel will be able to operate in the premises of the local hospital. Three wards were equipped for in-patient treatment in the hospital – for men, women and children. To facilitate communication, a doctor from a local hospital will work at the registration, and Israeli colleagues will be constantly assisted by a doctor on duty," the Head of the Lviv Region Military Administration said.

In addition to providing medical care, Israeli physicians plan to conduct training for local physicians and are considering online consultations with Israeli specialists in various fields.

Almost 100 people will work in the Mostyska hospital, 60 of which are health professionals.

Let us remind you that a similar hospital organised by the American community "Samaritan's Purse" opened in Lviv on 14 March.