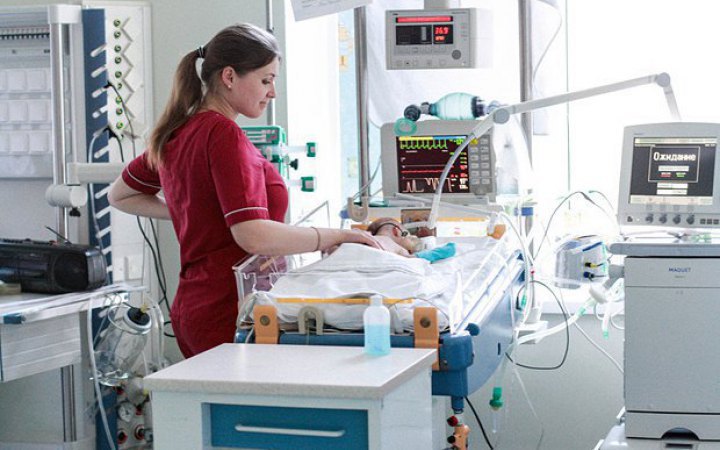 The Ukrainian Witness project is capturing what’s happening on the ground at the largest children's hospital, Okhmatdyt, during the war. Video material was published on YouTube.

While a wide range of military operations are taking place in various “hot spots'” of Ukraine, doctors in Ukraine are working in the most appalling of circumstances and continue to protect life and health of Ukrainians round the clock.

Since the beginning of the full-scale russian invasion, Okhmatdyt Children's Hospital continues to accept not only children but also adults. Now, instead of planned surgeries and treatment of children, doctors provide urgent medical care to wounded victims of russian shelling.

Since the war started, doctors have performed dozens of surgeries on children as well as their parents. The youngest patient they operated on was 1 month old and had already suffered from ruthless actions of russian troops. During the shelling by russian forces the mother covered her daughter with her own body. Fortunately, both mother and child survived. But today, doctors are dealing with many stories, many of them are undoubtedly stories of pain, loss and sacrifice.

"One day we got a report about three wounded children and were ready to admit all three at our hospital. While the doctors were waiting at the hospital, we received the first call: one child died. Sometime later, another call: the second child died. And then the third call - an ambulance doctor called from a town near Kyiv and said that they could not leave as it was dangerous. And at that moment we lost connection. We still don't know what happened to the third child”, said a hospital employee.

Join the Ukrainian Witness project on the following platforms:

Ukrainian Witness was initiated by Vitaliy Deynega, a public activist and founder of the International Charitable Fund Come Back Alive

If you became a Ukrainian witness and have videos from the scene: destroyed infrastructure, results of shelling, downed enemy equipment, pro-Ukrainian rallies - please email it to [email protected]