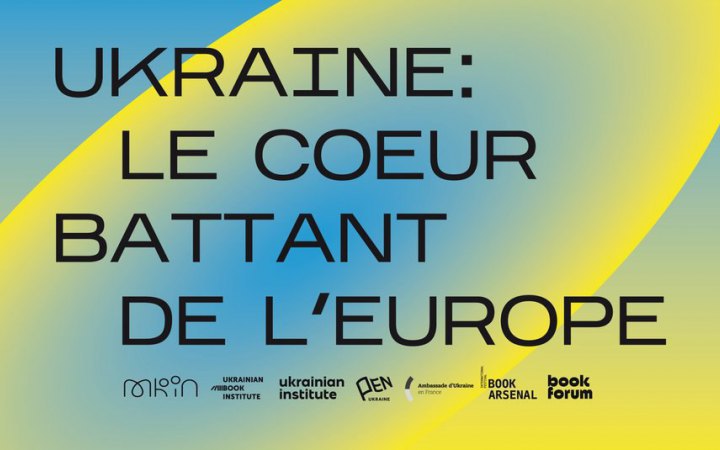 This year, the main location of the Festival du Livre de Paris will have a stand with the slogan “Ukraine, The beating heart of Europe” (Ukraine: le cœur battant de l’Europe). This is informed by the Suspilne TV channel.

The declared goal of Ukraine’s participation in the festival is to draw the attention of the French community to the contemporary Ukrainian culture which is under threat due to russia’s military invasion.

The Ukrainian stand will present the works of the Ukrainian writers completed in recent years, in particular, “Lexicon of intimate cities” by Yurii Andrukhovych, “In Isolation” by Stanislav Aseyev, “Great many arrived” by Artem Chapeye. Additionally, contemporary drama (“Bad roads” by Natalya Vorozhbit), translations of Ukrainian classical writers’ works, and books for children will be presented at the stand. Here, it will be possible to flip through the book “Ukraine. Food and history” published in French by one of the biggest publishing houses in France - Editions de La Martiniere Cuisine.

The festival program includes events involving Ukrainian writers, in particular, the talk with the writer Andrii Kurkov, the presentation of his novel “Grey bees” in French, and a meeting with the writer Sofia Andrukhovych.

Festival du Livre de Paris is the biggest book festival focused on French readers, with the festival presenting the books published in France. This year, the festival will take place from 22 to 24 April.

Frankfurt Book Fair will not cooperate with the RF this year due to the war in Ukraine.