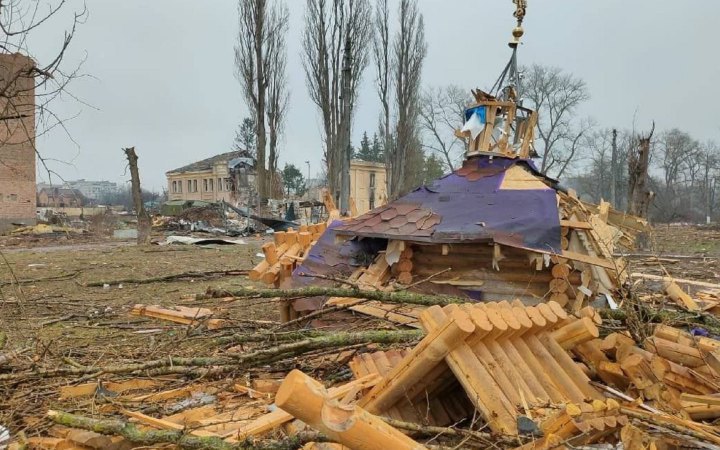 As of today, 200 cultural heritage sites in Ukraine have been destroyed by russian aggressors. This was announced by Minister of Culture Oleksandr Tkachenko on his Telegram channel.

"Russian troops are arbitrarily destroying our cultural heritage: churches, synagogues, museums, monuments, theaters. Ministry of Culture and Information Policy has already identified 200 sites of cultural heritage destruction, and these numbers are not final”, the statement said.

According to the Minister, the occupiers continue the war crimes against the Ukrainian heritage, trying to erase Ukrainian history and identity. Destroying Ukrainian culture is one of their strategic goals in this war.

"But we will endure as our ancestors endured and fought. And let's start the recovery. Therefore, now the continuation of the ‘Great Restoration’ program is a priority for the ministry”, Tkachenko said.

He noted that negotiations are underway with international colleagues to establish a pan-European fund to restore funding for the ‘Great Restoration’ program.