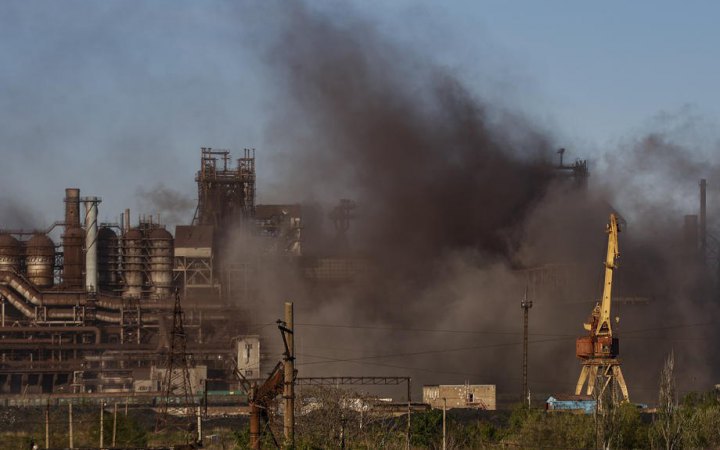 In Poltava oblast, 12 russian missiles hit the infrastructure in Kremenchuk yesterday. Most of them were fired at the refinery. One of the missiles was shot down by our Armed Forces, the others hit the city's infrastructure. The fire, which broke out at the refinery, was contained. There are no casualties, according to the Regional Military Administration report as of 8am.

Luhansk region: 31 shellings per day. Russians storm Severodonetsk, Hirske and Popasna communities: almost 60 buildings destroyed, bridges in Rubizhne damaged. The artillery shelling of Lysychansk and Severodonetsk was made at about 11pm. One person died in Lysychansk. Details of the aftermath of the shelling are being clarified.

In Donetsk oblast at night, there were artillery shellings of Avdiivka, buildings damaged. One person injured. The enemy continues its offensive actions near Marinka and Novomykhaylivka. Our military is holding them back. The enemy suffers devastating losses. Tensions are not decreasing in Lyman direction and near Sviatohirsk. There are constant shelling by artillery and aircraft resulting in significant destructions. Azovstal is under air, tank, ship, and artillery strikes.

The situation in Kherson oblast is becoming more critical. There is a problem of forest fires in the oblast. According to preliminary information, the fire covered more than 1,587 ha of forest. Fighting continues on the border with Mykolaiv and Dnipro oblasts. The enemy continues to strengthen its positions and keeps shelling neighboring areas from the territory of Kherson oblast. As a result of the fighting, a large amount of infrastructure and houses of civilians were damaged.

Mykolaiv was shelled using MLRS (approximately at 10pm and 10.30pm). Two infrastructure facilities, residential buildings, and a forest area came under fire. Information about the victims is being clarified. During the day and around the first night, there were shelling and air strikes in Shyroke community. According to preliminary information, residential buildings were damaged and no one was injured.