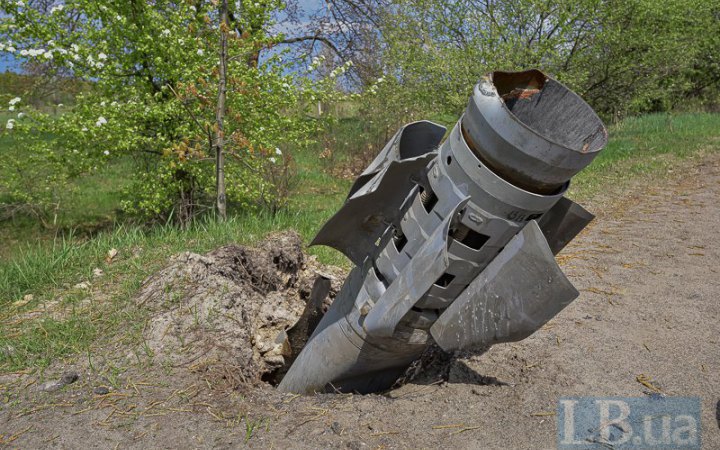 The russian occupiers did not stop the offensive in the Eastern Operational Zone. The enemy continues to launch missile strikes on industrial infrastructure and fire on civilian targets in Ukraine.

This is stated in the summary of the General Staff of the Armed Forces of Ukraine as of 18:00 on Friday, May 13.

In the Volyn and Polissya areas, the enemy did not take active action, focusing on covering the state border in Brest and Gomel regions. As part of the inspection of the Armed Forces of the Republic of Belarus in the Kobrin district of Brest region and Lida district of Grodno region, meetings with conscripts continue.

In the Siversky direction, the enemy is strengthening the protection of the Ukrainian-russian border in the Bryansk and Kursk regions. From the territory of the russian Federation, the enemy fired artillery at civilian targets in the Sumy region and launched an airstrike on the settlement of Tovstodubove.

In the Slobozhansky direction, the enemy's main efforts are focused on ensuring the withdrawal of its units from the city of Kharkiv and preventing the units of the Defense Forces to get to the rear of the russian group of troops concentrated in the city of Izyum. Enemy units fired on the positions of our troops in the areas of the settlements of Petrivka, Pytomnyk, Ruski Tyshky, and Ternova.

Enemy units continue to fire on our troops in the Donetsk and Tavriya directions. The occupiers tried to establish control over the settlements of Novoselivka Druha, Kamyanka, Mariinka, and Novomykhailivka.

In the Lyman direction, the enemy tried unsuccessfully to gain a foothold in the area of the settlement of Oleksandrivka.

In the Severodonetsk direction, the enemy carries out active fire influence in the area of the settlement of Rubizhne.

In the Avdiivka direction, with the support of artillery, the russian army is conducting offensive operations in the directions of the settlements of Kamyanka and Novoselivka and has had no success.

In Mariupol, the occupiers focused their efforts on blocking our units in the area of the Azovstal plant, and the shelling continues.

The enemy did not conduct active hostilities in the South Bug area, firing at units of the Defense Forces with artillery and mortars. He continued to conduct air reconnaissance.

According to the General Staff, illegal actions against the local population continue in the territories temporarily occupied by the enemy. Measures of the administrative-police regime are underway, the counter-intelligence regime has been strengthened. Unreasonable detention of civilians, especially those with an active pro-Ukrainian position, continues.

“Ukraine's defense forces are inflicting losses on the enemy and are ready for any changes in the operational situation”, the General Staff of the Armed Forces of Ukraine said.