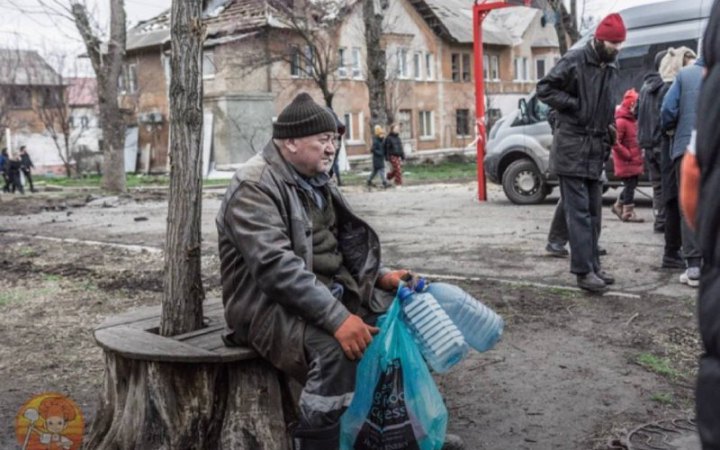 An infectious catastrophe in blocked Mariupol could be caused by a lack of water, damaged sewage systems and a large number of bodies under the rubble of houses, Ombudsman for Human Rights Liudmyla Denisova informed in her Telegram channel.

According to her, the biggest problem in Mariupol is clean drinking water, which is not available in the city. In addition, there is a critical situation with sewerage and gutters. There is a danger that the sewage will be in the sea and on the streets of the city.

"Given the number of bodies under the destroyed houses, with the natural consequences of decomposition in the warm period, the city is threatened by a large-scale epidemic in the near future. Due to the closure of humanitarian corridors, many people waiting to be evacuated on the outskirts of the city began to return to live in Mariupol," she said.

According to local authorities, epidemics alone could kill about 10,000 people by the end of the year.

The adviser to Mariupol`s mayor Petro Andrushchenko urged Ukrainian TV channels to help refute the lies of the occupants and to communicate that Ukraine is fighting for the city residents.

Earlier Andrushchenko stated that up to 170,000 of Mariupol residents remain hostages of the occupants. There is a humanitarian catastrophe in the city.