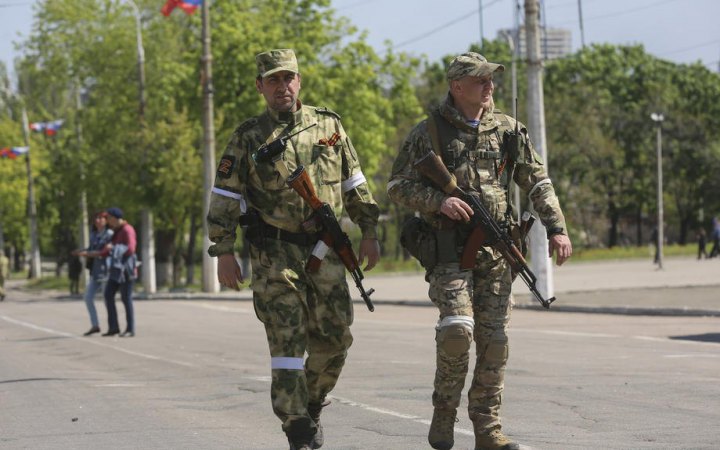 In russia, covert mobilization continues at the state level. In the Belgorod and Rostov regions, new units of the occupying forces are being formed on the basis of conscripts and mobilization resources.

However, the use of such troops is mostly ineffective, said Vadym Skibitskyy, a representative of the Chief Directorate of Intelligence (CDI) of the Ministry of Defense of Ukraine, on the air of the joint news marathon.

"Conscripts are summoned through conscription offices, they sign contracts, after which new units are formed and sent to the territory of Ukraine. The hostilities have already shown how effective the use of such troops. In many cases, this is not effective, but we really understand that today the russian federation has exhausted the resources related to the most combat-capable battalion tactical groups. Although it still has enough reserves to enter the territory of Ukraine," he said.

Skibitskyy also confirmed information about the depression and depressed moral and psychological climate in the units of the russian occupation forces.

"The most depressed are the soldiers of the 1st and 2nd Army Corps from the temporarily occupied territories of Luhansk and Donetsk regions. Because that is where the forced mobilization and conscription of the russian occupation forces takes place. Untrained personnel, who have essentially no combat experience, are now heading to the most important areas. In addition, those reservists who are sent to Ukraine from russia, especially from its central regions, and eastern regions, just came to Ukraine thinking they would earn some money, but here they are essentially met with strong resistance from the Ukrainian Armed Forces, territorial defence and the entire population of Ukraine," said the representative of the military intelligence of Ukraine.

According to the Head of the Chief Directorate of Intelligence of the Ministry of Defense of Ukraine Kyrylo Budanov, the turning point in the war with russia will occur in August. The occupying country is suffering huge losses in Ukraine, and the war could end by the end of the year.