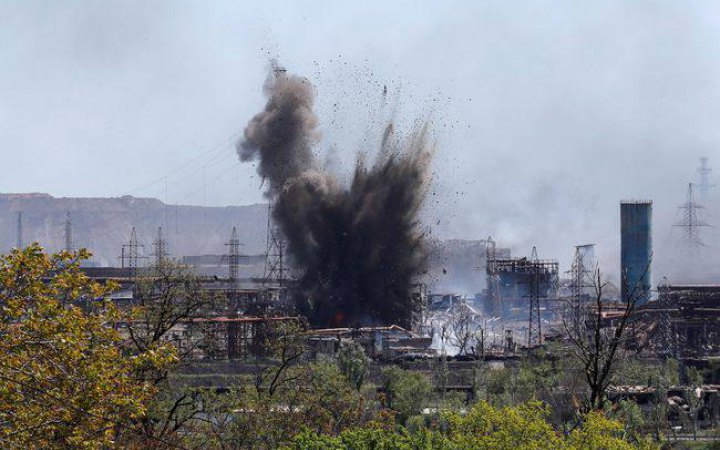 The enemy continued to storm the territory of the Azovstal in Mariupol, the Telegram channel of the "Azov" Regiment reported.

"Throughout the 80th day of the full-scale invasion of the aggressor country, the occupier continues to drop air bombs on the defenders of Mariupol, continues to use heavy artillery and tanks, uses a large number of infantry to attempt to storm Ukrainian positions. Despite the extremely critical situation, the defenders, making superhuman efforts, repel attempts to break through the positions of defenders and deter the enemy troops," the message states.

Families of Mariupol defenders called on China to help in the evacuation of the Ukrainian defenders from the Azovstal plant blocked by russians. Ukraine asks to exchange people with severe wounds for russian prisoners of war. So far, we are talking about the evacuation of 60 people whose condition is severe. Mediation in the evacuation of Ukrainians from Azovstal was offered by several countries, including Turkey and Greece, but the russians do not agree to the proposed conditions.

The adviser to Mariupol`s mayor Petro Andrushchenkourged Ukrainian TV channels to help refute the lies of the occupants and to communicate that Ukraine is fighting for the city residents.