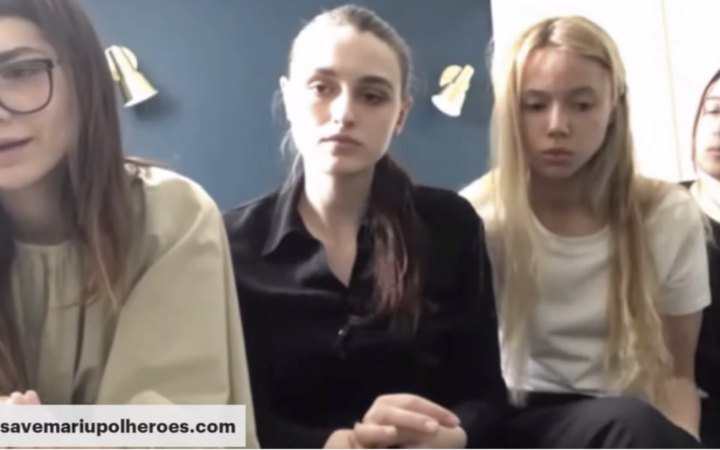 During the evacuation of the Ukrainian defenders from Azovstal, it is important to take away not only the living and wounded, but also the bodies of fallen heroes of Mariupol, that still remain there.

This was stated by the wife of Azovstal defender Anna Naumenko during a press conference, reports Espresso.

“It is very important when there is an extraction, which we are very much counting on, to take away not only the living and the wounded but also the dead ... For Ukrainians, and for us in particular, it is an honor to bury fallen heroes properly”, she said.

Naumenko reminded about the death of the world champion in kickboxing Maxim Kagal, who died during the defense of Mariupol and whose body remains there.

The military wives also reminded that only Azov residents evacuated civilians from Azovstal, as the occupiers did not allow representatives of either the Ukrainian authorities or international organizations to take people out of the plant.

“Ms. Vereshchuk, government officials, the Red Cross, and the UN were not allowed by the russians to evacuate. They were waiting somewhere in the buses. The whole evacuation was led by Azov: from start to finish”, said Yulia Fedosyuk, wife of plant defender Arseniy Fedosyuk.

She added that the evacuation was led by regiment commander Denis Prokopenko.

“Once the russians simply fired on a bus carrying Azovs to pick up civilian women and children. Three Azovs were killed and six were seriously injured. This is the attitude of russians towards Azovs”, Fedosyuk said.

We are reminding, that the wives and mothers of Azovstal defenders flew to the Turkish capital, Istanbul. They want to thank President Recep Tayyip Erdoğan for his efforts to save the lives of Mariupol defenders.

The day before, the families of Mariupol defenders called on China to help evacuate the Ukrainian military from the russian-blocked Azovstal plant. Our fighters could be taken to Turkey by extraction procedure, but russia needs to be convinced of that.

The Russians do not allow even the wounded and the bodies of dead soldiers to be taken out of the enterprise. In Azovstal are, in particular, Azov fighters, the 36th Marine Brigade, border guards, law enforcement officers.