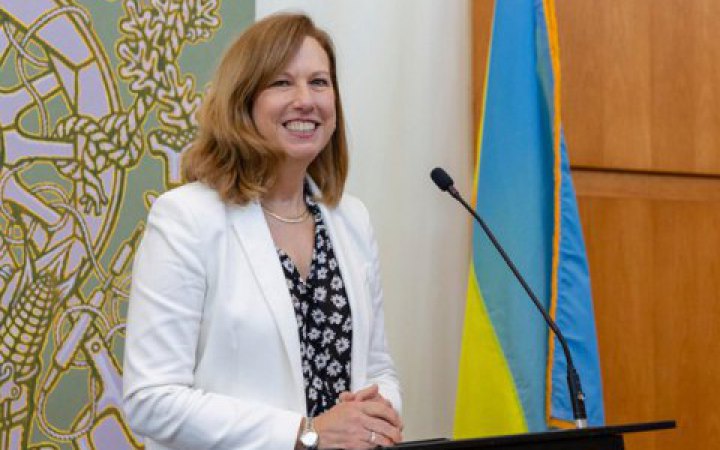 Ukraine has already repelled the Russians from Kyiv and Kharkiv, so it is logical to assume that it will repel the occupiers from other occupied regions.

Christina Quinn, Chargé d'Affaires of the United States in Ukraine, mentioned this in an interview with “Evropeyska Pravda”.

"At the same time, while providing security assistance to Ukraine, we did not discuss the use of the supplied weapons in Crimea and Donbas, we did not define conditions in this regard," she said.

She noted that the United States has always recognized that Crimea and Donbas as Ukrainian territories. This fact will be of great importance when a decision is made on further support in the context of how far Ukraine will repel the Russian army. But the decision is up to Ukraine, she said.

"Of course, I've heard comments that 'the United States is not providing enough weapons for Ukraine to repel the Russians and win, but they are giving so much to hamper and exhaust them.' This is an absolute lie. And the simplest proof is the fact that you repelled the Russian army from the north of Kyiv and from the Kharkiv region, ”Ms. Quinn said.

We want you to repel the Russian army in other areas as well, the Chargé d'Affaires of the United States said.

“We want Ukraine to win this war! And we work every day to make it happen. The United States has already supplied more weapons to Ukraine than any other country, and we will continue to do so, ”she added.

The US Senate may approve a draft law on allocating $ 40 billion to Ukraine on Wednesday, May 18.