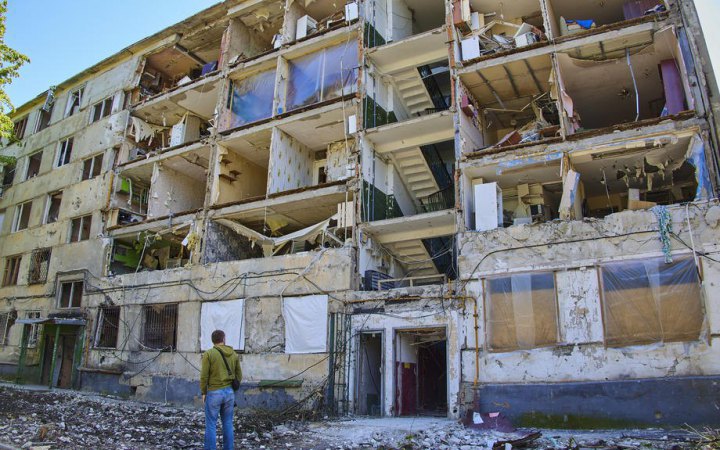 The occupier, who was captured by Ukrainian defenders during the liberation of the village of Tsyrkuny in the suburbs of Kharkiv, told the Security Service of Ukraine about this.

"The commander of the 25th Artillery Brigade of the Russian Armed Forces told the Ukrainian special services that the main targets of Russian jet divisions were Kharkiv houses - the enemy shelled specifically the civilian targets," the Security Service of Ukraine infromed.

The Security Service of Ukraine noted that Pivnichna Saltivka, the closest district of Kharkiv to Tsyrkuny, has very dense buildings. It has been shelled by the enemy with MLRS Grad and Uragan almost every day since the beginning of the war.

To date, almost every 16-storey building has been destroyed by the occupiers.

The captured occupier said that he did not take part in the shelling of residential neighborhoods, but only monitored the shells of his and Ukrainian artillery.

He also informed about the personal data of the invaders involved in other Russian war crimes and killing of civilians in Kharkiv.

The special services are checking the appropriate evidence.

To remind, a report by the American Institute for War Studies (ISW) states that the Russian military probably decided to withdraw completely from its positions around Kharkiv due to Ukrainian counterattacks and limited availability of reinforcements.