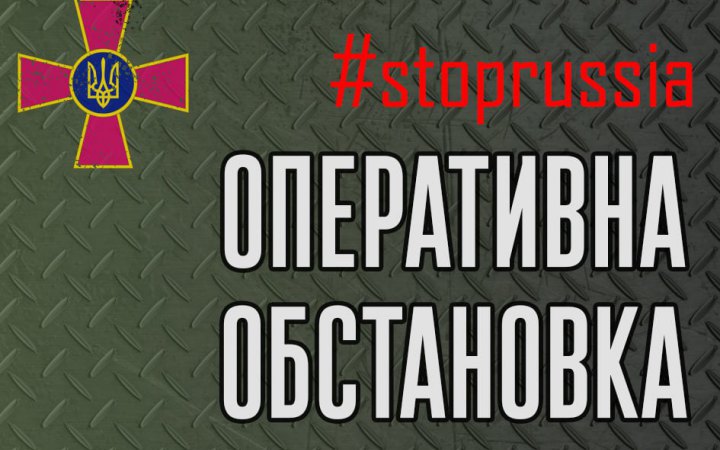 The occupiers continue their fire along the contact line and in the depth of defense of the Armed Forces of Ukraine.

This was reported by the General Staff of the Armed Forces of Ukraine.

The most intense activity of the occupiers is registered in the Slobozhanshchyna and Donetsk directions.

The threat of enemy missile and bomb attacks on military and civilian facilities in the territory of Ukraine remains.

In the Volyn, Polissia, and Siversky directions, the situation has not changed, the enemy did not conduct active actions.

On the territory of the Homel region of the republic of belarus, de-mining operations are noticed in the areas of the former base of units of the russian federation.

In the Kharkiv direction, the occupiers focused their main efforts on maintaining their positions, controlling supply routes along roads to the north and east of the city of Kharkiv, as well as preventing the advance of our troops in the direction of the state border.

In the Slovyansk direction, the regrouping of enemy units and the accumulation of reserves of material supply and technical equipment continues.

In the Donetsk direction, the enemy group focuses its main efforts on preparing for offensive operations in the direction of the settlements of Severodonetsk, Soledar, and Bakhmut, they replenish their reserves and regroup units. Up to two battalion tactical groups were moved in this direction. The enemy is conducting assault operations along the contact line with the support of aviation and artillery. It has partial success in the Avdiivka area.

In the Liman and Severodonetsk directions, the enemy is regrouping its troops. The enemy group is seen strengthened by forces of up to a battalion tactical group near the Novy Aidar railway station.

In Mariupol, the enemy continues to block our units in the area of the Azovstal plant. The enemy carries out massive artillery and airstrikes and conducts assault operations.

In the Zaporizhzhia direction, the main efforts of the enemy were focused on artillery attacks on our positions.

In the Pivdennyi Bug direction, the situation has not seen any significant changes. The aggressor focuses its main efforts on maintaining the occupied lines, conducting reconnaissance, replenishing ammunition and fuel and lubricants, engineering equipment of positions, and carrying out artillery attacks on the positions of our troops.

On the territory of the Transdniestria region of the Republic of Moldova, armed groups have been transferred to a routine mode of operation. At the same time, units of the operational group of russian troops continue to be on high alert.

Ships of the Black Sea fleet of the russian federation in the waters of the Black and Azov seas perform tasks to isolate the area of combat operations, conduct reconnaissance, and fire support in the direction of the coast.

The enemy is trying to increase its military presence on the island of Zmiiny, strengthening the air defense system.

Russian troops continue to purposefully destroy Ukrainian civilian infrastructure by launching rocket and bomb attacks and carrying out artillery attacks on settlements in the Donetsk, Odesa, Luhansk, and Kharkiv regions.

The enemy in the temporarily occupied territories of eastern and southern Ukraine is trying to engage Ukrainian citizens in work at occupation institutions and illegal law enforcement formations and violates their rights and freedoms.