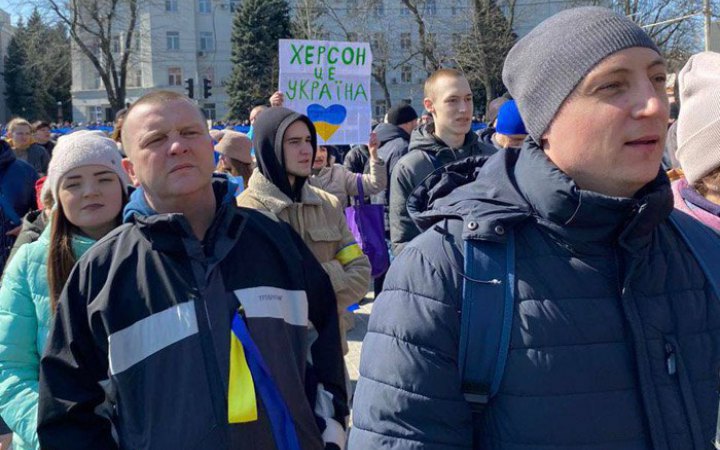 The head of the Mykolaiv military administration, Vitaliy Kim, addressed his video to residents of Kherson, which is occupied by russians.

In a video message, the head of the administration asked them not to give up and assured them that Ukrainian troops would liberate Kherson and the region. And it will happen soon.

"We pushed them away from Kharkiv, and now we have the land lease, additional forces and funds will come. The russians do not see the prospect of a long-term stay in Kherson - we will still liberate Kherson anyway," Kim said.

Earlier, the russian media reported that the vice-speaker of the russian Duma arrived in occupied Kherson to collect "social inquiries." Anna Kuznetsova met with the occupying authorities.

Kherson has been under Russian occupation since early March. By the Decree of the President of Ukraine dated 6 March 2022, the city was awarded the honorary award "Hero City of Ukraine" to commemorate the feat, mass heroism, and resilience of citizens who defended their cities during the repulse of the armed aggression of the russian federation against Ukraine.