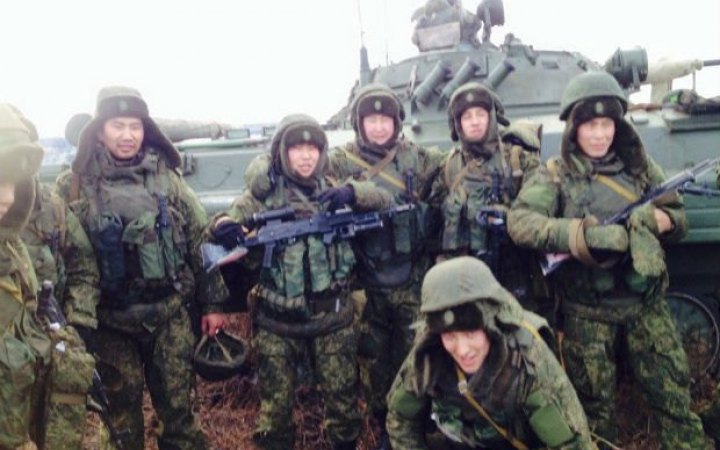 Chief Directorate of Intelligence of the Ministry of Defense of Ukraine intercepted a conversation between a russian serviceman and his mother. He tries to explain her the reasons for the lack of "patriotism" in the army, but the woman convinces him to fight and the Ukrainians must surrender.

"What will they surrender, we are in their homeland? I am not interested in this Ukraine at all. We need to come back and resign… Now no one will come here for a contract. Ask anyone, with a contract running to an end – no one is inspired," – says an occupier from Buryatia (2nd Assault Brigade, currently stationed in the Kherson region).

When asked by his mother why "patriotism" does not work, he replied: "The commander of my battery of the second platoon shot himself in the leg in the leg to get out of here! In the very beginning. What are we talking about? And he served in the Chechnya."

However, the woman continues to insist that it is necessary, otherwise - "the West will attack Russia."

"If the West starts an offensive on Russia, we are just deadmen. There will be a fourth world war and Russia will lose in it," the woman said.

Her son responds: "Mayby then putin may come to his senses. He understands that we are getting tough here. There is no ammunition or personnel… According to the statute, if less than 50% of the brigade remains, the brigade is taken out or assigned to another brigade. And we are just fighting as we are, with our brigade. Only amount of people is getting smaller … Our people are disappearing. Some have disappeared, some are in captivity, some are hiding, some are already in Russia."

In the beginning of April to heads of the training military centers of the russian rederation ordered to strengthen war propaganda and to forbid personnel messenging and phone calls from Ukraine.

The National Security and Defense Council has launched the Occupier website, which provides information on russian prisoners of war. The portal will be available to citizens of the russian federation, for the families of soldiers or their acquaintances, to obtain information about the condition and whereabouts of prisoners. With the help of the portal's services, relatives of russian prisoners of war will be able to contact representatives of the Ministry of Defense of Ukraine.

Ministry of Defense prepared instructions for russians on how to surrender. Also, a guide was developed for Ukrainians on how to capture. The Deputy Minister of Defense also shared a phone number "which you can call and they will help you."