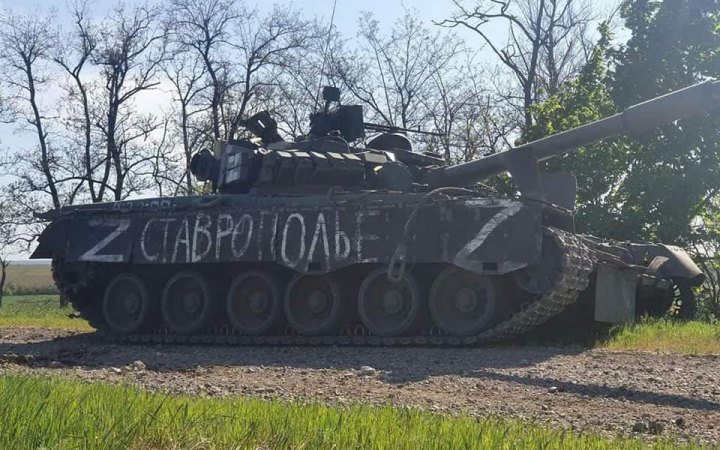 Photo: General Staff of the Armed Forces of Ukraine

Russian aircraft was destroying civilian and military infrastructure objects in the eastern operational area and industrial facilities deep in Ukraine.

Thу General Staff of the Armed Forces of Ukraine reported this information on Monday morning, 16 May 2022.

In the Slobozhanshchyna area, the russian army is trying to stop the offensive of the Defense Forces north of Kharkiv and prevent them from reaching the State Border of Ukraine. On the other hand, the enemy is preparing an offensive involving military forces concentrated in the area of the city of Izium.

In the Volyn and Polissia areas, the enemy did not take active action. Defined units of the Armed Forces of the Republic of Belarus (up to seven battalions) continue to cover the Ukrainian-Belarusian border.

In the Kharkiv area, the enemy is concentrating its principal efforts on maintaining its positions and preventing the advance of Ukrainian troops in the direction of the State Border of Ukraine with the russian federation.

The enemies did not take action in the Sloviansk area. Instead, they reinforce units and replenish losses.

In the Donetsk area, the occupiers fired rounds using all the available weapons, including aircraft, to exhaust personnel and destroy the fortifications of Ukrainian troops.

In the Lyman, Bakhmut, and Kurakhiv areas, the enemy continues to advance, and war actions continue.

In the Avdiivka area, after suffering losses inflicted by the Defense Forces, the enemy retreated to the previously occupied positions.

In the Sievierodonetsk and Novopavlivsk areas, the enemy did not take action except for inflicting fire damage to Ukrainian units.

In Mariupol, the enemies continue conducting massive artillery and airstrikes. The primary goals of the occupiers were to block and eliminate our units in the area of the "Azovstal" plant.

In the Pivdennyi Buh area, the enemy did not take action except for firing artillery and mortars rounds at Ukrainian units' positions.

The General Staff reports that the next stage of testing the combat readiness of the response forces of the Armed Forces of the Republic of Belarus will last until 21 May 2022. The work of a cellular radio monitoring system was detected in the border area, in particular, on the territory of Ukraine. It works to monitor cellular networks.