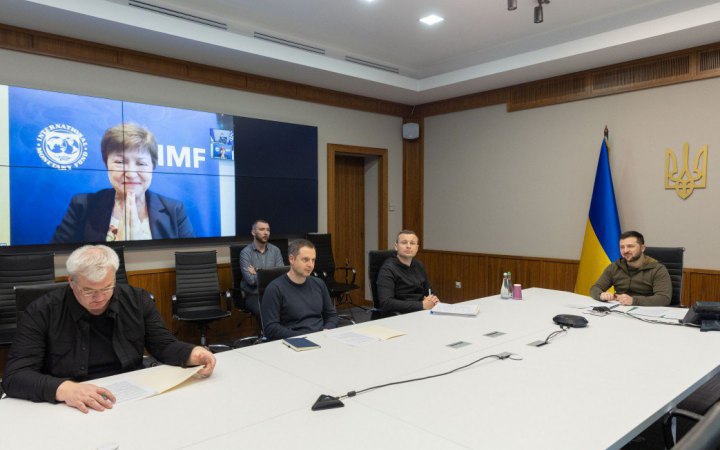 President Volodymyr Zelenskyi held a video conference with the Managing Director of the International Monetary Fund, Kristalina Georgieva. They discussed issues of economic assistance to Ukraine.

This is stated on the website of the President.

Georgieva is expected to take part in a meeting of finance ministers of G7countries soon.

Zelensky thanked the head of the IMF for supporting Ukraine's economy during the war.

He noted that the monthly deficit of the state budget of Ukraine is about 5 billion dollars. Therefore, Zelensky called on the IMF to speed up support for our country.

The President also stressed the importance of financial support to Ukraine from partner countries, including the United States, Canada, Japan, and the EU.

Zelensky called on the IMF to actively participate in the development of Ukraine's postwar reconstruction program. He added that our country is ready to continue implementing important reforms.

“Where we can show the results of reforms, we must not stop and move forward. Because of the war, not everything is possible yet. But we are ready to show the world that we are only moving forward” - Zelensky said.

Kristalina Georgieva said she would inform the Group of Seven about the need to speed up the provision of necessary financial support to Ukraine.

Earlier the Prime Minister of Ukraine Denis Shmygal stated that Ukraine needs $5 billion a month in partner assistance to meet all social and humanitarian obligations.

The International Monetary Fund predicts that due to the war waged by russia, Ukraine's state budget deficit in 2022 will increase to 17.8% of GDP.