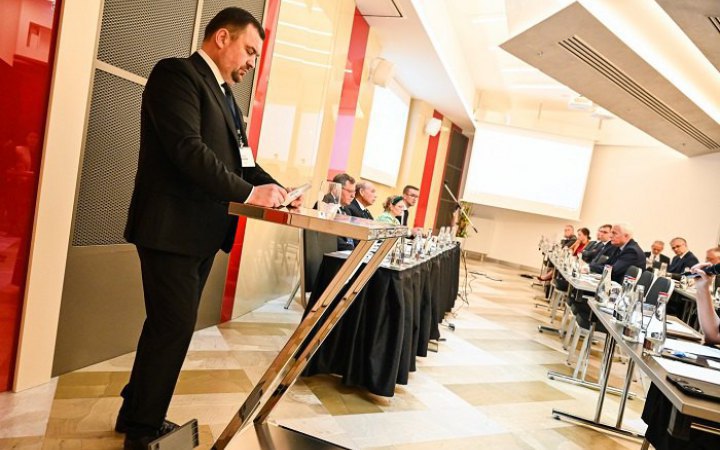 Ukraine counts on the support of Europe's highest audit bodies in assessing the damage caused by the war, stated by the Chairman of the Accounting Chamber Valery Patskan at a meeting of heads of higher audit bodies - members of EUROSAI in Prague.

"I would very much like to talk today about the exchange of experiences and best practices, plans for the future and achieving the Sustainable Development Goals. But what kind of global development and achieving the Global Goals can we talk about in the absence of peace? Today is 90 days since Ukraine has no peace due to russian full-scale war," Patskan said.

He noted that the events taking place in Ukraine affect political, economic and financial processes in Europe and far beyond.

"The global impact of russia's war is obvious. And the only way out is to work together to stop the aggressor and achieve peace. Therefore, I urge you to identify as soon as possible among the priorities of EUROSAI the need to join efforts to properly assess the global impact of russia's attack on Ukraine, assess the damage caused by the war and make recommendations to our governments on how best to overcome this crisis," Patskan added.

He noted that the scale of the damage caused by this war is difficult to overestimate. After all, russia's aggression against Ukraine did not begin on February 24, 2022. And much earlier - in 2014, with the annexation of Crimea and the occupation of Donbass.

EUROSAI is a European organization of supreme audit institutions established in 1990. Today it unites 51 SAIs (Supreme Audit Institutions of 50 countries and the European Court of Auditors). The Accounting Chamber has been a full member of EUROSAI since 1999.

Earlier the president Volodymyr Zelenskyy suggested the partner states recognize that russia has to be held materially responsible for the crimes committed by it.