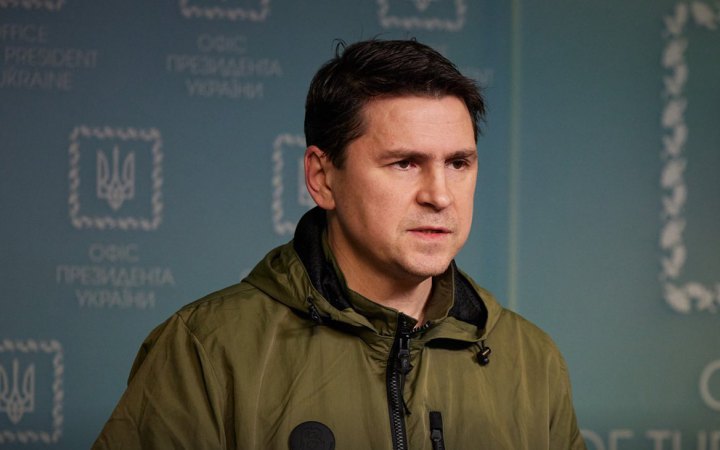 Ukraine will not give Russia the south and the east and will not go to Minsk-3 [referring to The Minsk agreements, a series of international agreements of 2014-2015 which sought to end the war in the Donbas region of Ukraine], stated by Adviser to the Head of the President's Office Mykhailo Podoliak.

This way he reacted to the attempts of some European politicians to persuade the Ukrainian side to freeze the conflict.

"Russia is spending a lot of resources to prove to the world the main thing: that russians have the right to kill Ukrainians. And not get a full punishment for it. That is why pro-russian lobbyists in Europe are starting to raise their heads. Today, certain political mouths are offering us a new agenda: a ceasefire, a frozen conflict and the surrender of some territories for peace, "Podoliak said.

According to the adviser to the head of the Office of the President of Ukraine [OPU], no one is interested in the long war between Ukraine and russia and the food crisis.

“But today the shortest way to end the war is weapons, sanctions and financial assistance to Ukraine. There can’t be a worse stab in the back than proposals to give away part of the territories from those [states] whose values and borders Ukrainians defend by giving their lives. Or maybe freedom and democracy are no longer worth fighting for?” Podoliak remarked.

He stressed that Ukraine will not take part in the discussion of the surrender of its territories to russia: "We do not trade our citizens, territories or sovereignty. This is a clear red line. Ukrainian society has paid a terrible price ..."

"Negotiations will be possible only when the parties are ready to make an agreement. To do this, russia needs to start soberly assessing the situation. It is unlikely that statements of concessions, saving face [of the russian president] or freezing the conflict will help," said the adviser to the head of the OPU.

Podoliak also added that freezing the conflict would not help solve the problem.

“This would be a postponed war. Larger, bloodier and more prepared by the aggressor, who will work on the mistakes, release some generals and arrest the others, and put in their place militants with the experience of today's war. By the way, we did our own work on the mistakes: Ukraine has drawn conclusions from the Minsk agreements and therefore will not go to Minsk-3," Podoliak stressed.

"Ukraine was given from three days to several weeks. The Ukrainians defended Kyiv, liberated three regions and completing the liberation of the fourth. Today the same people offer us to give russia the east and the south. Thank you for the advice, but we will rather accept weapons aid," said the adviser to the head of the OPU.

President Volodymyr Zelenskyy believes that russia is not yet ready for diplomacy on the issue of ending the war. He stressed that the question remains with whom our state will agree - that is, with which russian president Ukraine will negotiate.

Zelensky's requirement for direct talks with putin is to have the only issue on the table - an end to the war.