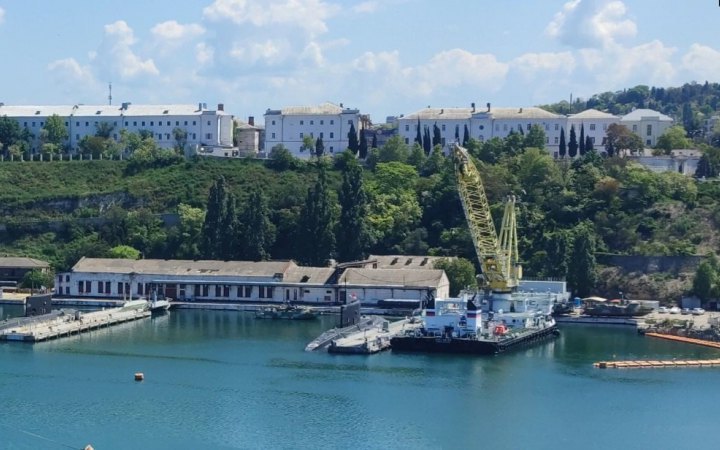 Russia is loading missiles into its submarines in the South Bay of occupied Sevastopol.

According to Krym.Realii, two submarines of the Varshavyanka project are moored near the berths in the bay. Two long Kamaz trucks with missile transport and launch containers arrived on the eastern shore of the bay.

"Varshavyanka" carries cruise missiles such as "Caliber"; each submarine is armed with four such missiles. Sea-based "Caliber" range of flight - 1400 km.

As previously reported, from the main base of the Black Sea fleet of russia in Sevastopol in the sea almost all ships having on board the missile weapon are deduced.