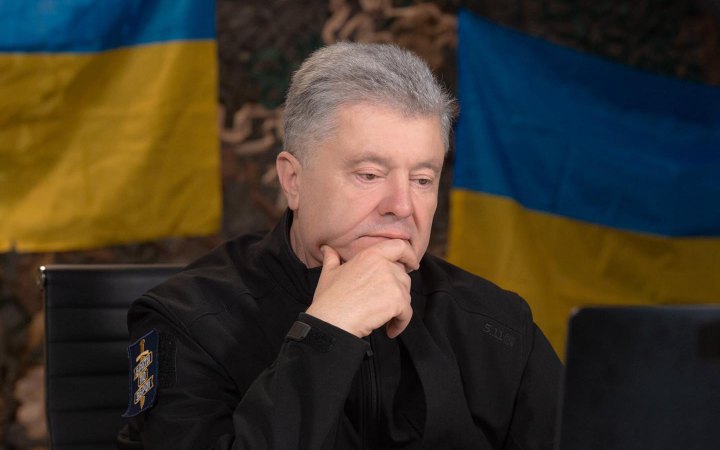 On the evening of May 27, Petro Poroshenko, a people's peputy of Ukraine, was not released when he was on his way to Vilnius for the NATO Parliamentary Assembly, as informed People's Deputy Iryna Herashchenko.

She said that the relevant order on the business trip was signed by the Speaker of the Verkhovna Rada Ruslan Stefanchuk.

“Border guards at the Rava-Ruska intersection said some nonsense about the "forged or revoked order", although all other deputies, whether "servants" [members of “Servant of the People” party] inspecting Italian resorts or OPFL [Opposition Platform — For Life], who take out jewelry, are released from the country without any problems,” Gerashchenko said.

The deputy added that the leadership of the "EU" faction had been trying to contact the Speaker of the Verkhovna Rada all evening, but he did not get in touch.

According to Gerashchenko, blacklists are now available not only in the so-called Single Marathon, but also at the border.

"Segregation of deputies has long been based on party affiliation, but this is the first time we have seen such audacity, and it brings the country back to Yanukovych's time," Iryna Herashchenko said.

She said that “European Solidarity” saw the provocation as an order from the authorities to continue the war with Poroshenko.

"This is not just an undermining of the declared unity, but its complete destruction. This is a petty and unworthy policy. This provocation is aimed at splitting society, destroying Ukraine's international image," Gerashchenko stressed.

Earlier it was reported that on May 29-30, 2022, the leader of the European Solidarity Party, the fifth President Petro Poroshenko, as part of the Ukrainian parliamentary delegation will take part in the annual meeting of the NATO Parliamentary Assembly. It is expected that, in addition to participating in the Assembly, the leader of European Solidarity will hold a series of meetings with the Lithuanian leadership, members of the parliaments of the Allies and the European Parliament.